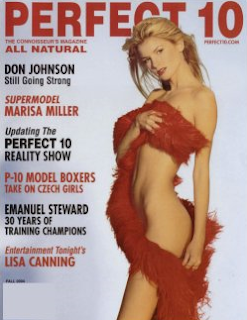 While in LA to watch the Blackhawks and rereading Taleb’s books, I had a good laugh thinking of a friend and I’s discussion about our brief time working the phones on order desks at the S&P pit when we first got to the CME.  The nine months I was a desk clerk it involved talking to Japanese traders in broken English or complete a-holes in NYC, pretty much everyday was miserable and I couldn’t wait to get on the other side of the phone.  My friend on the other hand got to speak w/Mr Norm Zada, most famously known as the founder of Perfect 10 magazine, but also a money manager and highly esteemed academic mind.  Supposedly some of the models would handle secretarial duties such as checking trades, etc… so my bud would have to chat w/them and to *ahem* put a face to the name, their desk got a stack of magazines sent over.

There are a lot bigger and more successful traders but I haven’t heard of anyone conducting their operation with as much style and enjoyment as Mr. Zada, especially considering he only had one down year since inception.