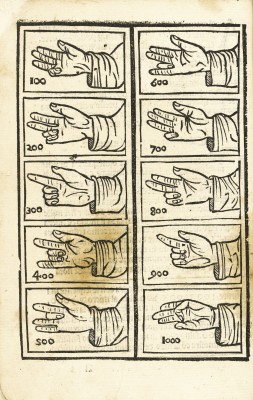 The Hand Signals That Drove Business in Renaissance Europe

“The marketplaces of Renaissance Europe were polyglot bazaars, attracting traders from across the Continent and beyond, who spoke different languages and carried different currencies. How did businessmen communicate? And how did they stay abreast of exchange rates?”

My take on some of the hand signals displayed in the article is that unlike hand signals in the trading pits, it was significant in these Renaissance era signals as to which hand was used with the left hand indicating single or double digits and the right hand was used for increments of hundreds and thousands.