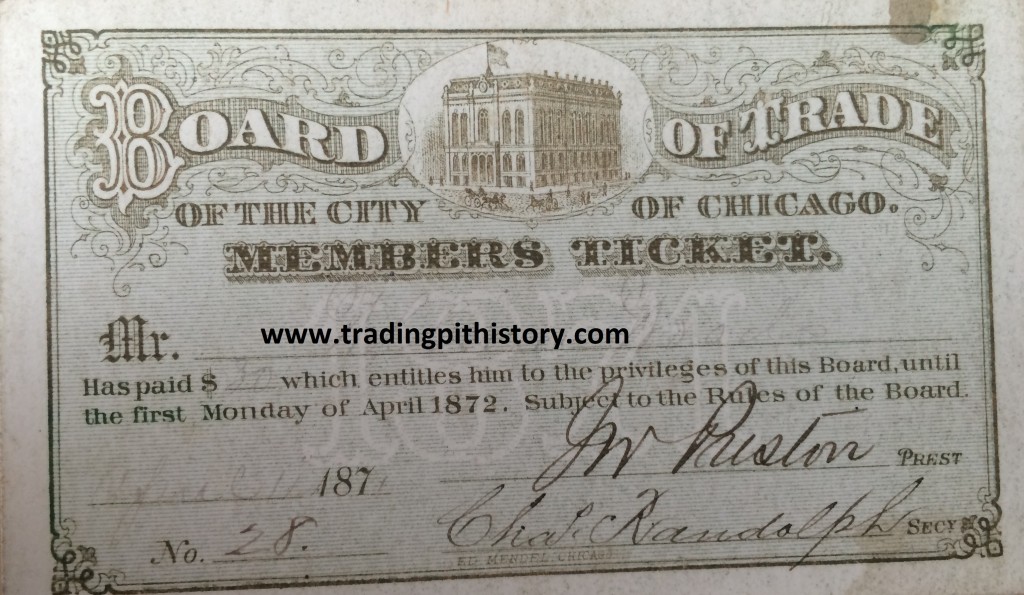 Today is the anniversary of the Great Chicago Fire of 1871, which effectively burned and destroyed the entire business district of Chicago.  Originally, the fire started on the SW side, but jumped the river and burned from around Harrison St on up towards almost Fullerton Ave on the North Side, as illustrated in this map from Wikipedia.  At the time, the CBOT was located in the Chamber of Commerce building (pictured on the ticket) at the SE corner of LaSalle and Washington Streets which was burnt to it’s stone foundation, resulting in a total loss of everything in the building such as exchange records, and for many members, additional losses in their nearby offices.

Recently I had the good fortune to obtain a number of items, at not insignificant cost, from a longtime CBOT member who was cleaning house, including the pictured 1871 CBOT members ticket.  It’s my belief (which I’m continuing to research) that this member was located in Missouri at the time which is why this membership ticket was able to survive in good condition.  I have seen a photo of earlier CBOT tickets which survived the 1871 fire in a safe, but they were heavily discolored by the heat to be almost unrecognizable. 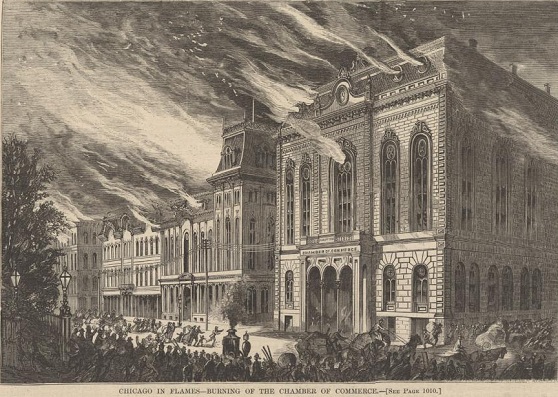 Harper’s Weekly illustrated the scene of the Chamber of Commerce building burning in it’s October 28, 1871 issue.