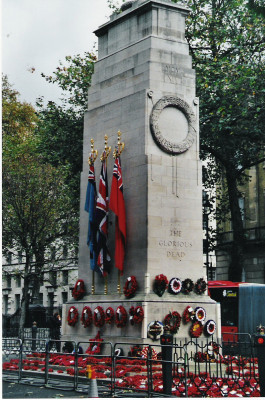 Appropriately for Rememberance Day today, I recently learned that the London Stock Exchange raised a military unit at the onset of World War I, just as the Chicago Board of Trade did for the Union Army in the Civil War.  Unfortunately, I came about this knowledge upon obtaining an original copy of The Stock Exchange War Memorial 1914-1918, which listed the biographies of those who were affiliated with the exchange and perished during military service.  Of the 1600 who enlisted in the “Stockbrokers Battalion,” 400 were killed in action and the volume showcases the terrible human toll and bright futures which were extinguished. 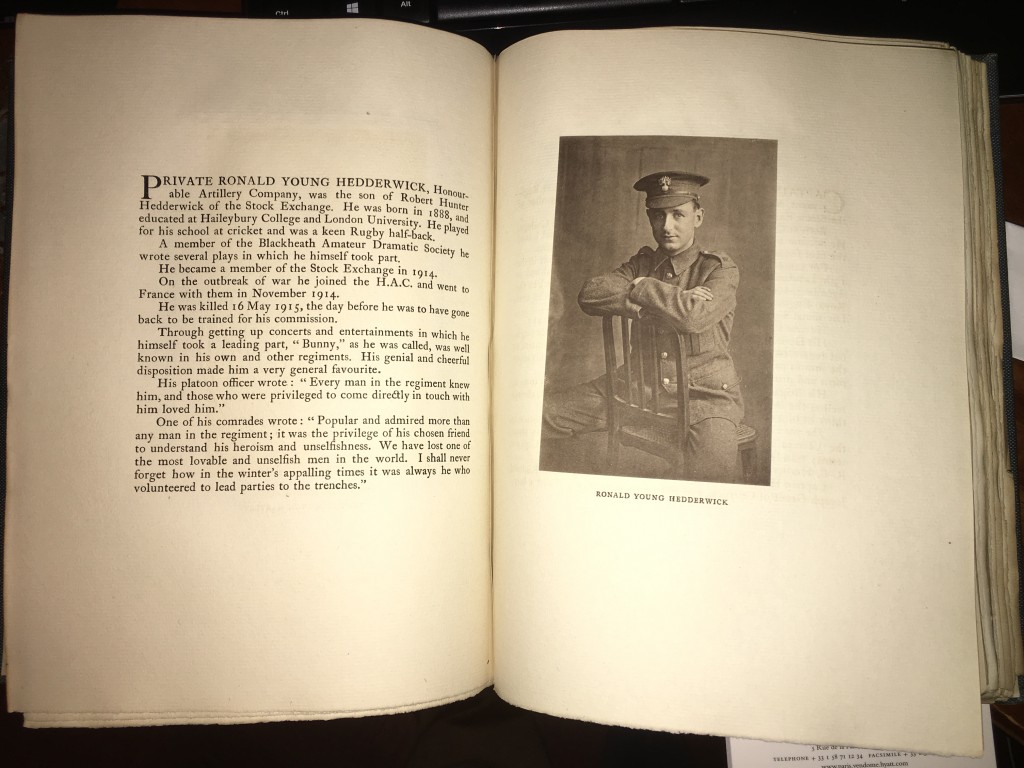 The Stock Exchange Battalion of the Royal Fusiliers (10th Service Battalion) was formed as a “Pals batallion” which allowed for group recruitment and service together.  The peer pressure must’ve been enormous to sign up because within a week, 1600 men enlisted in this group.   The 10th Service Battalion proceeded to serve in France and Belgium, including notorious battles at Ypres and the Somme.

An extensive history of this military unit was published last year, which I just ordered and am looking forward to learning more about: The Stockbrokers Battalion in the Great War: A History of the 10th (Service) Battalion, Royal Fusiliers 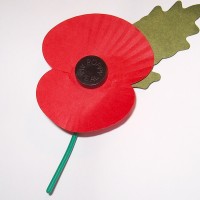