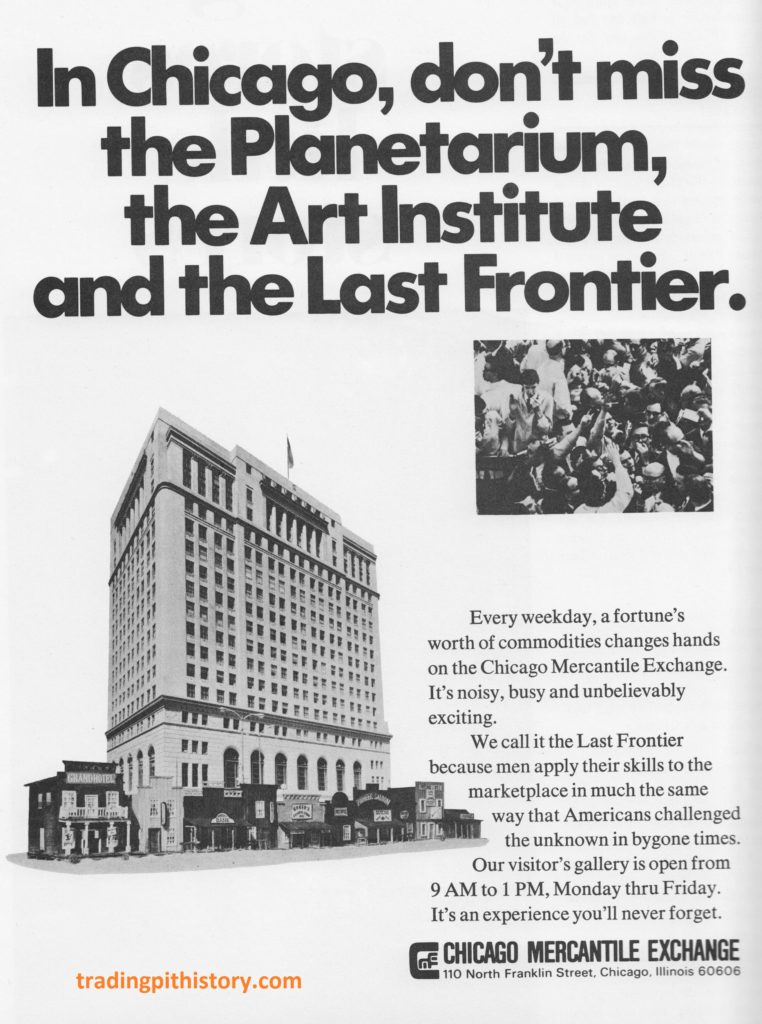 On rare occasions, some exchanges (mostly the Chicago Merc), embraced the spectacle which open outcry pit trading exhibited.  The above advertisement is one which the CME placed in a widely distributed Chicago’s visitor guide sometime in the late 1960s or early 1970s to encourage visitors to drop by the exchange’s visitors gallery and view the trading floor themselves.  As typical of the CME, they confidently worded it’s trading floor on a pedestal shared with the Adler Planetarium and the Chicago Art Institute, which continue to be some of the largest tourist draws to town.

One analogy of the Final Frontier themed advertisement was adding the facade of a Wild West frontier street in front of what was then the Merc building at Washington and Franklin Streets (now a vacant lot).  It’s an appropriate analogy as the trading floors were such a mix of The Good, the Bad and the Ugly or a more straightforward description: Some good guys, some crooks and some real desperados.  To further go w/the theme of the advertisement which was placed as the end of the Spaghetti Western craze, trading floors operated on a mix of the Code of the West and Omerta, though I won’t elaborate further which was the dominant influence.

The Good, the Bad and the Ugly