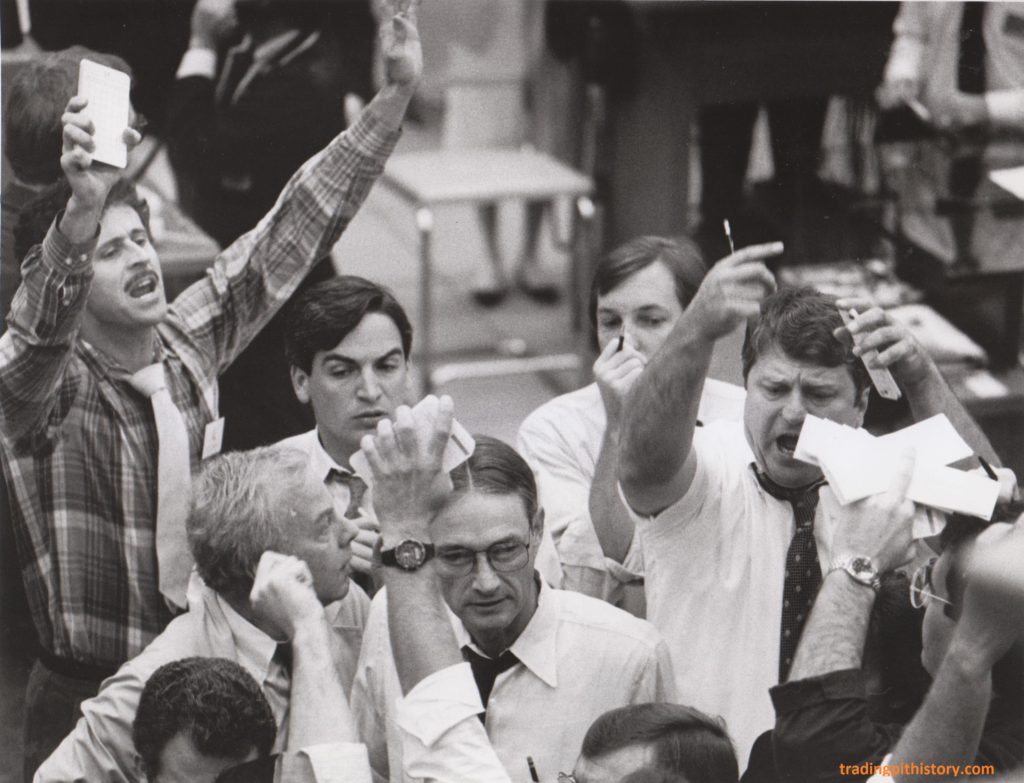 This past week I had a personal anniversary which was worth celebrating, July 1st marked that I’ve spent exactly half my life in the futures industry since I began that day on the floor of the Kansas City Board of Trade in 1998.  Some might say that it means I haven’t had a real job my entire adult life and yes, that’s basically true, but having had plenty of real jobs as a teenager, it’s not a coincidence I’ve done my best to avoid one again.

My first day working at the KCBT, two memories stick out with the first recalling a huge, immediate grin the moment I set foot onto the trading floor.  As exciting as it was to watch the action from the viewing gallery, actually being on the floor had an electricity which was indescribable, comparable to being on the actual field of play at a sporting event rather than sitting in the stands.

The second memory from that day in 1998 was the floor had a buzz about it because one of the female clerks had her car blown up, literally blown up, the day prior in the parking lot across the street and in view from the two slim trading floor windows.  I thought to myself, the people in this business are nuts, and that still holds true today for the most part though bean counters are taking over.  There was never any specific word on the crime but I imagined it was a lit rag stuffed into the gas tank and the motive probably had something to do w/her sleeping around so I heard.   My first exposure to the trading pits was from reading The New Gatsbys and my initial observations were as manic as described in the book.

As fun and interesting it’s been to clerk for the first few years and trade for going on 15 years, 18 years in the industry isn’t much compared to legends like Lee Stern, who has been a CBOT member for 65 years and still trades.  Very few leave the trading business willingly and the appeal is best summed up by this quote by the late, long time CME member Barry Lind, “This place makes you old quickly and keeps you young forever.”  Each day still makes me feel like a mix between that 18 y/o kid back in July 1998 and Methuselah, but if all goes well I’ll still be trading in the year 2067 and can match Stern’s ongoing exchange membership streak.  Swiss 50yr bonds are already negative yield to that year so this interest rate trader will have to find another market to trade for the journey to keep going that long.