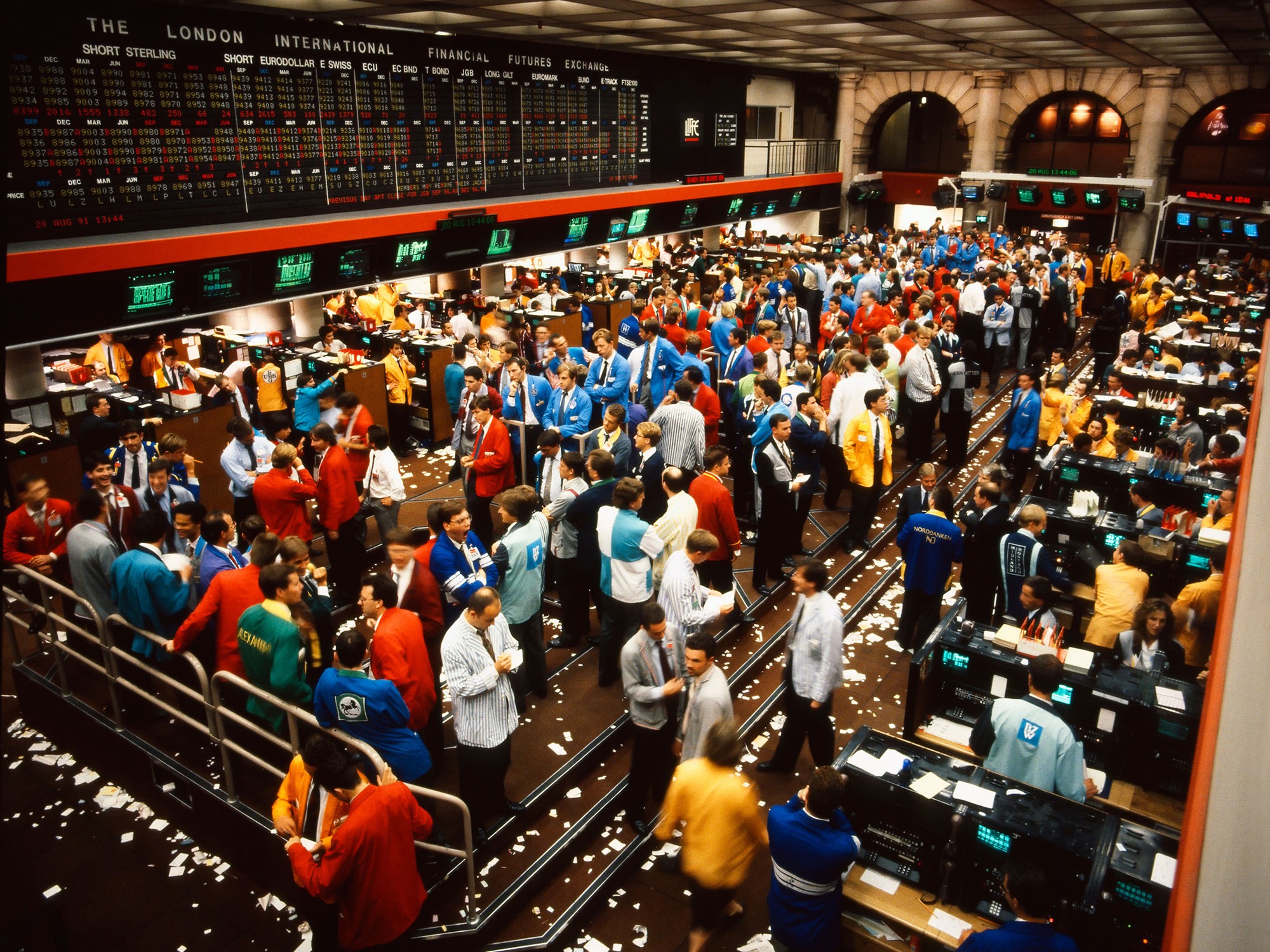 It’s been a long while since my last post and apologies for the lack of posts for almost a year at this point. Trading the volatility of the Trump victory, combined with my daughter being such an energetic toddler, a few other serious hobbies, lots of travel and the never ending tinkering with trading software just didn’t leave me enough mental bandwidth to do a whole lot of the trading pit history stuff. But I’m starting to warm back up to getting some posts going again over time cause there’s still a lot of trading pit related history which needs to be shared!

I’ve been meaning to post the above photo of the LIFFE trading floor at the Royal Exchange in 1991 because it really captures the mood of summer trading with nothing going on in the markets.  Enlarge the photo and you can see that not one trade is happening in the middle of the day (Tuesday, August 20th, 1991 at 1:44PM) and even though the trading pits are often over-sensationalized with chaos, a lot of the sessions consisted of mostly standing around joking or silently contemplating one’s trading position. What I assume to be an unintended juxtaposition, the photographer captured the normally raucous trading floor at one of the slowest times of the year as it was after the Asian session closed, also after the London lunch break, before the US bond market open and most importantly at the height of summer holidays which leads to a seasonal nadir of volumes.

Coming back to this picture, while I can attest to never really understanding most art, this photo is one of my personal favorites because it gives a very candid perspective on what the trading floor was often really like and it’s possible to isolate the individuals throughout the broad trading floor population. In particular, because there wasn’t anything really trading at the moment, I appreciate that the photo allowed the perspective of how the individuals interact or stay within their own thoughts while awaiting the next bit of activity. As a comparison, Gursky really minimized the individual in all his (vastly overrated, imho) exchange photos to emphasize the scale of the trading floor instead.