The CBOT ran a blustery ad in the mid 1960’s that illustrated the superiority of America’s free market agricultural economy over the absolutely disastrous Communist system which lead to widespread famine in China during the Great Leap Forward.  In the years prior to this ad appearing, estimates ranging from 20-50 million (!) people starved in China as private farming was prohibited with the transition to inefficient communal agriculture.  It’s absolutely chilling to read of the brutality and hardship which occurred during this period and anyone seeing this ad can’t help but pity the peasants standing in line with empty bowls, awaiting what is clearly some meager nourishment.

Last year was the 100th anniversary of Communism and a WSJ op-ed appropriately regarded Communism as the worst catastrophe in human history due to the 100+ million whose lives it has cost.  I’ve long been fascinated of Communist obedience and the ideology’s theft of human potential in stark contrast to myself being raised with the American values of freedom and opportunity.   After visiting all the remaining current (except Laos) and many former Communist countries, I’m always still left with many more questions than answers.

The high productivity of American agriculture can’t solely be explained by free market system enabling it, the USA is also blessed with an abundance of fertile soil, continuous arable land, numerous inland waterways and a temperate climate.  Even Communists couldn’t manage famine with all the advantages America has geographically.  One book that I’d really suggest for everyone to read, that was actually suggested to me by my roommate on a North Korea trip, is The Accidental Superpower.  There hasn’t been a recent book I’ve read which has informed and shaped my views as much as The Accidental Superpower because the same geographic and demographic factors which shaped this CBOT ad are still relevant.

(This late night post was brought to you by bourbon and Kid Rock, if you couldn’t have guessed, lol.) 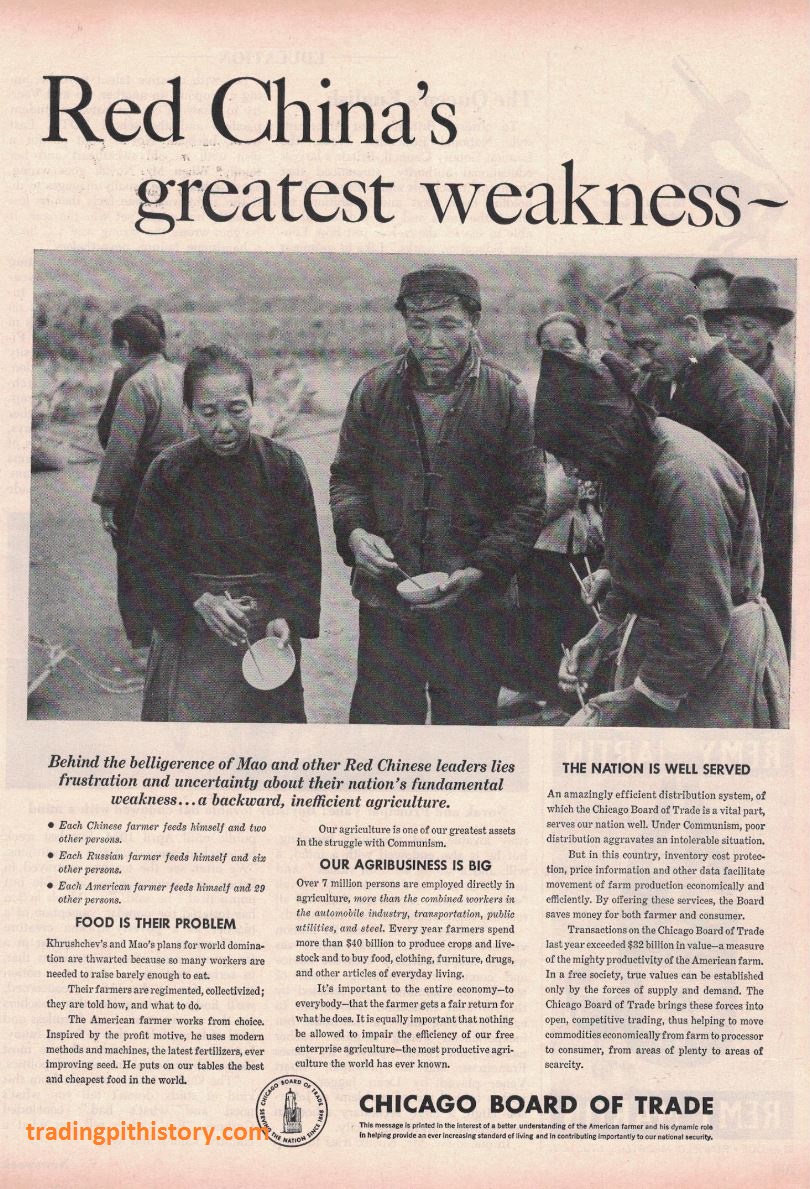 Chicago Board of Trade Chinese grain ad from mid 1960s