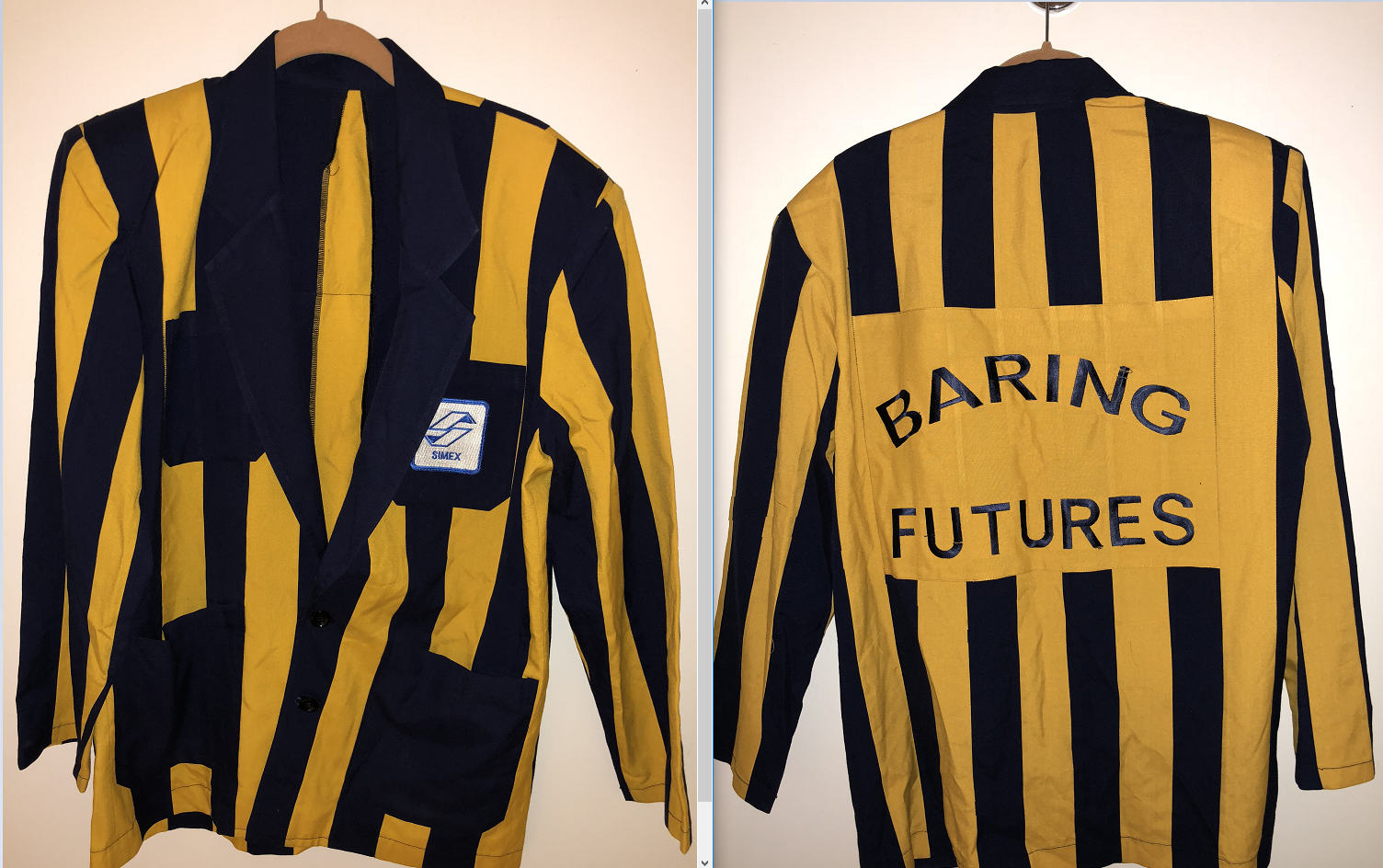 I see that Nick Leeson is continuing to sell replica Baring trading jackets so this is a good time to present what an authentic Baring Bank trading jacket from the SIMEX exchange in Singapore looks like, as this one pictured was a recent addition to my collection.

The above jacket was issued to one of the lead execution brokers on Leeson’s Barings desk with the acronym DIN and whose nickname was “Fat Boy.”  Anyone who has read the book Rogue Trader should recognize the nickname and role easily.

I had actually bought this jacket in 2011 but didn’t get my hands on it until recently because the original purchaser wouldn’t ship it outside the UK upon purchase so a friend in the UK received it until he finally sent it on to me earlier this year.  The original purchaser got the opportunity to purchase this jacket from KPMG, the Barings bankruptcy liquidator, in 2007 as a consolation for losing the ebay auction for Leeson’s original trading jacket which was auctioned off.  I’m not sure what the price he paid KPMG for this particular jacket, as it was blacked out in the correspondence I was given for documentation, but his losing bid for Leeson’s jacket on ebay was over 16,000 GBP!

This is the second Barings jacket from Singapore I have and don’t really need two but also don’t sell anything in my collection so perhaps I’ll see if a museum like the British Museum would like one as a donation.