N.I.P is short for "Negociateur Independant Parquet" which translates to "Independent Floor Trader." 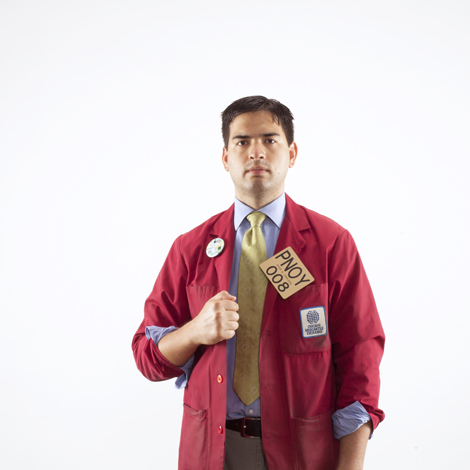 Hand held to forehead with fingers extended.
Saluting a general.

Index and middle fingers are extended upward and held below nose.
Hitler's mustache.

Hands are held with fingers extended and brought together at 45-degree angle.
Firm logo contained a roof.

Index and middle fingers extended to form the letter "V."
"V" for Vendome.

Thumb and index finger are extended to form the letter "V."
"V" for Vendome

Hand touches upper back.
ODDO sounds similar to "au dos" which translates as "back."

Index finger is extended and pulls back corner of eye.
Firm founded in French Indochine; stereotype of Asian slanted eyes.

Hand mimics lifting cup to mouth.
Farmers are known for drinking a lot.

Thumb and index finger are extended to mimic gun held to side of head.
Tullet sounds similar to "tuer" which translates as "to kill."

Index finger is extended and pulls back corner of eye.
Reference to the Tokyo in part of the firm's name.